Once admitted as an associated organization of SportAccord  the WBF intends to operate as the organizing body of all prospective world federations of martial arts that apply for SportAccord  membership.

WBF itself will not be involved in organizing competitions. It is the primary task of WBF’s member organizations to organize international competitions for their respective martial arts. The only exception to the above is the commitment of WBF to the development of Martial Arts World Games. In initiating this event WBF will lead the way.

WBF will accept new member organizations only after consultation and in agreement with SportAccord .

Applications for SportAccord /WBF membership will be discussed in joint sessions of mandated delegations of SportAccord and WBF. Such meetings will take place at least once a year (and more often if such becomes necessary). These meetings will precede the annual General Assembly of SportAccord  and/or WBF annual Council meeting.

Where – as the outcome of the application procedure of an application organization of WBF – as laid out in points 7 – 9 of this agreement – a conflict of interests persists with an existing member organization of SportAccord , the contested matter will be put before an ad hoc committee of arbitrage for a final judgment.

The ad hoc committee of arbitrage will be composed of an uneven number of independent members (appointed by the Council of SportAccord ) and will rule by majority vote after having evaluated the written documentation on the case and after having heard the arguments of the organizations involved.

The principal objectives of the WBF are:

to become an associated admitted organization of SportAccord

to convey to other organizations its views and decisions

to coordinate and protect the common interests of its admitted organizations

to collect, collate and circulate information to and among its admitted organizations

to establish, maintain, publish and distribute to admitted organizations a “Calendar of Sports Events”

to maintain the authority and autonomy of its admitted organizations

What services does WBF offer its members?

The most important reason for international federations (IF’s) to join WBF is their individual ambition to be consequently recognized by SportAccord  as a mature, responsible member of the international family of organized sports. WBF intends to link and represent its members to SportAccord  and WADA.

WBF will organize an annual (general) council meeting where representatives of all admitted organizations meet and discuss issues of common interest. Meetings like these will help WBF to set its agenda for the future.

In addition WBF will organize conferences for its members where overarching issues of interest (e.g. funding, public relations, health and safety issues, technical and juridical matters) will find themselves a platform for debate.

WBF will collect and circulate information on international competitions of its admitted organizations via a common website and Newsletter.

WBF will engage itself in building commitment, setting up structures and developing procedures for the future organization of Martial Arts World Games.

Will WBF be involved in organizing competitions?

The only exception to the above is the commitment to the development of Martial Arts World Games. In initiating this event WBF will lead the way. 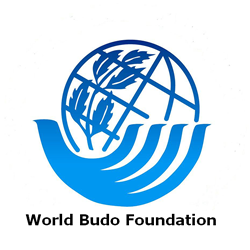